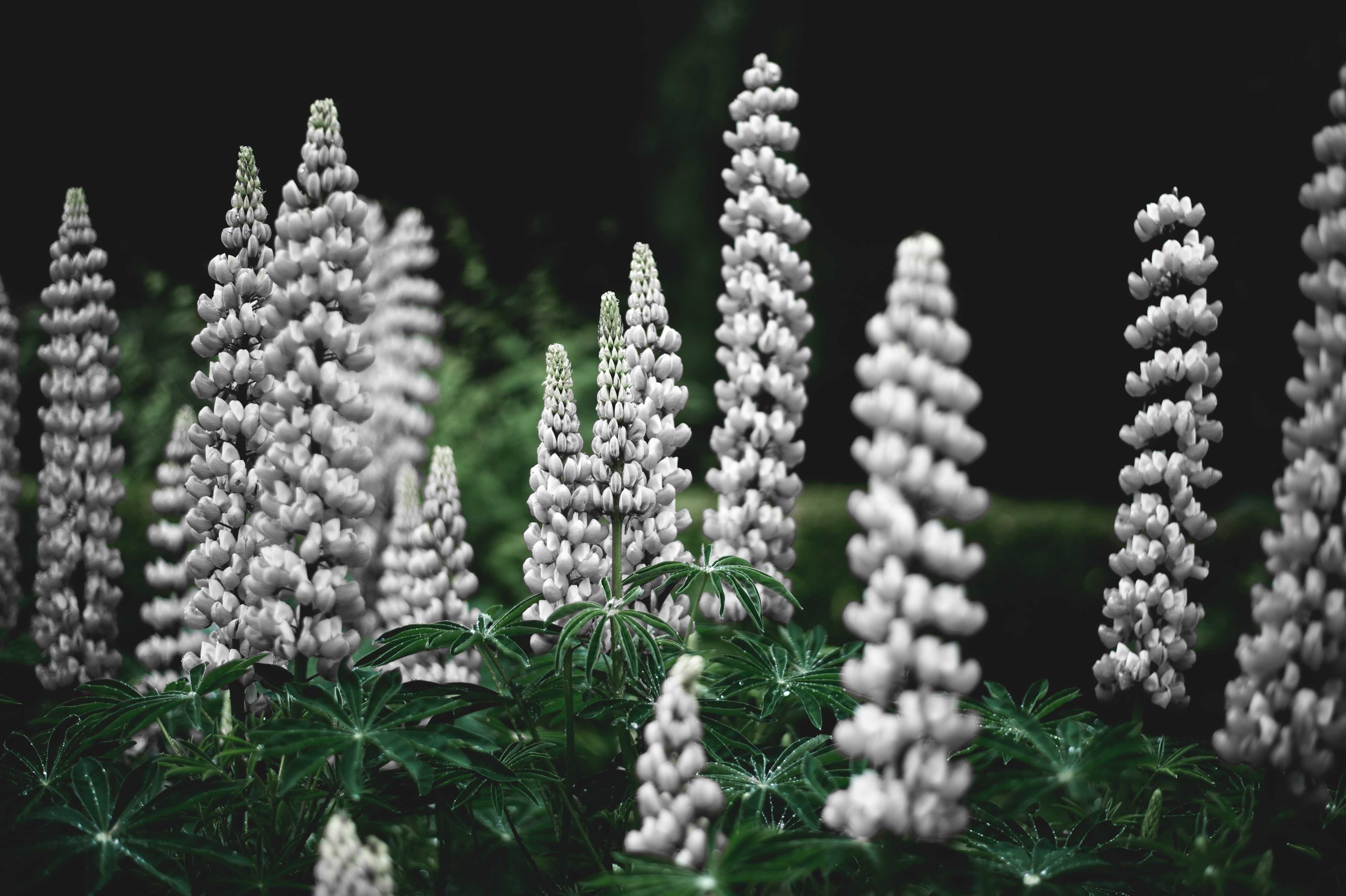 31 May More Counterpoint on Donor-Centrism

Yes – I know. I should have posted this yesterday, but I failed to work on Memorial Day. My bad. This week, it’s First Thing Wednesday!

When I started my fundraising career, I started by directing a door-to-door “canvass” for a Naderite group called Oregon State Public Interest Research Group (OSPIRG). One of my duties as the director was to negotiate “turf” with other door-to-door organizations to ensure that we weren’t crawling all over each other. I remember one of them who seemed to change their mission identity, or at least their key issues, every year. I was told at the time that they changed what they worked on based on what the grant funders would pay for, and I remember thinking that was a slimy thing to do.

I think that’s what Le is complaining about in his post. (You can read his post here;.) The idea that we would put donors at the center of the organization and have everything we do revolve around their interests.

That’s not the way I see Donor-centered fundraising, and I wrote as much last week (See What is a Donor? And What is “Donor-Centric”?)

With that as a premise, here’s a look at the rest of Le’s post:

Donor-centric fundraising reinforces money as the default measure of people’s worth. There is truth here, certainly, but it’s not connected to donor-centrism. We live in a society where money is the default measure of people’s worth. Donor-centrism is not the cause of this perception, but it does nothing to dispel it either. So, without throwing the baby out with the bathwater, let me suggest that we find other ways of recognizing (and equally valuing) other contributions. Listing everyone who gives to a special project, for example, without regard to how much they gave. Recognizing volunteers (major gifts of time). Honoring those who have given a certain number of times or over a certain number of years. Let’s bring all these people into the center, and celebrate their contributions to the mission. (You can do this without dismantling your donor clubs!)

Donor-centric fundraising minimizes other elements needed to do this work well. Le’s point in this section turns on the argument that “placing donors in the center means everyone else must be on the periphery.” I’m not buying that premise.

Donor-centric fundraising furthers the idea of transactional charity. This is a leap, and I have a hard time following it. “A tenet of donor-centrism…….is that idea that we need to be accountable in reporting to donors exactly what their donation went to……..This is an illusion we tell our donors, because the combination of hundreds of elements is needed to make programs successful.”

Here my perspective: donors – any donors – give money away because they believe in the mission (they want to see what you’re doing done), and they believe you are an organization that can do it. The greater their belief and confidence, the larger the gift they are likely to make (for them) – including major gifts and even sacrificial gifts. We can wait around and hope they discover us, or we can thoughtfully, strategically, intentionally, and purposefully go out and get to know them – as people first. Assuming we choose the latter, we could spend our time selling them on how great our organization is, and that is how fundraising has been done all too often by all too many organizations. Alternatively, we can practice donor-centrism and seek first to discover what parts and pieces of our work they might most want to fund.

There’s another critical point here. It is quite possible that the donor most wants to see something done that your organization is not doing. Donor-centric fundraising suggests that the fundraiser would help direct that donor to organizations that might be better suited to their (major gift) interests. I can’t speak for others, but I can tell you that I have directed donors to other organizations many times in my career. To change what you’re doing to meet the interests of the donor – well that would be slimy.

And for the record, I think it’s a mistake in general to get too detailed about every purchase made with a donor’s money unless s/he specifically asks for it, because it distracts the donor from the outcome s/he made possible. The push-back on this point was actually included very elegantly in the comments on Le’s blog:

“There’s a big difference between ‘Your $1,000 helped 10 kids go to summer camp’ and ‘your $50 bought 20 containers of hummus and five pounds of baby carrots for our preschoolers.’ The first one is true and includes overhead. The second one is untrue and reinforces the overhead myth. There’s nothing wrong with explaining impact. It feels good to know you’ve had an impact, whether you gave $10 or $10k. We just have to educate donors correctly in the process.”

Donor-centric fundraising prevents honest conversations and true partnerships. I think Le is right to point out that this is an issue, but again I don’t see this as a donor-centric issue. When I was working at TNC-Oregon, we had an event sponsor show up with a bag of yellow ribbons he wanted put on every chair. (The yellow-ribbons were symbols of logger jobs being lost to “unfair environmental regulations” like establishing protected areas for spotted owls.) We said No and tried to have a conversation with him about why it would be inappropriate. He threatened to withdraw his sponsorship support, and we said No again. And we lost him as a donor. This kind of interaction doesn’t happen often enough – and especially with donors, but that’s not donor-centrism’s fault. Le points out that “the power dynamics between non-profits and donors is not as strong as the dynamics between non-profits and funders, but it’s still there.” He’s right, and we all need to be conscious of the potential for misuse.

Donor-centric fundraising short-changes our donors. “It may be that donor-centrism might work in the short-run, but in the long run, fails to truly inspire our donors.” If “getting to know your donors” results in them losing track of the mission and vision, you will have failed to touch, move, and inspire them. But donor-centric, in the words of Simone Joyeaux is “another way of saying “building trust.” The whole purpose is to help the donor see the possibility of the larger vision and the possibility of their investment(s) helping to achieve it.

Donor-centric fundraising perpetuates the Non-Profit Hunger Games. This one is the hardest for me, because I definitely see his point, but I have no idea what the alternatives are. In Le’s Non-Profit Hunger Games analogy, non-profit organizations fight with each other to be, or at least appear to be, more competent. Le says that “donor-centrism has resulted in many of us being in competition with one another, using the latest data, to see who can thank people fastest and in the most effective ways, who can tell the best most emotional impact stories, who can be most “accountable” in terms of “overhead” rates and stuff, etc.” In the analogy, the larger more established organizations set the bar too high for other, smaller organizations to compete. It’s a version of “the rich get richer.”

I find myself wondering whether an underlying premise of the Non-Profit Hunger Games analogy is that fundraising is a zero-sum enterprise. “Instead of working together to solve issues,” Le says, “we non-profits are forced to fight with one another, resulting in all of us and our community losing.” Maybe, but I’m not really buying it.

Regardless, the implied alternatives are appalling to this seasoned veteran fundraiser. Avoid using the latest data? Thank donors less effectively, or creatively, or authentically? Tell less emotional impact stories? I don’t think so.

I think it’s worth noting that Le’s perspective is that of human and community service non-profits, and I don’t pretend to speak for any of them in this post. Some of the issues and consequences associated with donor-centric fundraising may be more acute in those non-profit communities than in land conservation. Raising money for land acquisition, responsible stewardship, easement defense, and nature education is different, isn’t it?

So, I’ll end in the same manner as I ended last week – by expressing my appreciation to Vu Le for starting the conversation two weeks ago. There is much to digest in his writing, and he’s written more last week and this.

I’d be interested in your thoughts on the topic.