How to find Major Gift Prospects 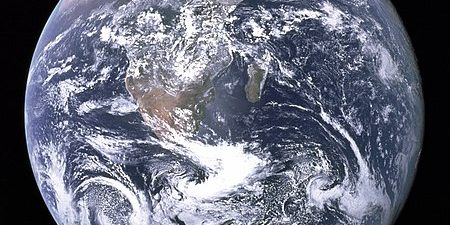 Before I start this week, I want to put in a plug for donor stories. I am beginning to hear heartwarming stories about gifts that have been motivated in part by how much the land trust has meant to the donor. One donor credited the land trust with saving her life.

I’d like to do a post in the next few weeks that collects some of these stories, as inspiration for all of us. If you have a story you can contribute, please consider sending it. I will keep the names and locations out of the picture, so anonymity is maintained.

OK, so that’s mostly true. Some of it is related to scale. If we were Harvard, and setting our sights on raising $6.5 billion, we’d be looking for rich people.

But we’re not. We’re land trusts working on land conservation in our communities.

And Robinson is 100% correct in that sense. We not looking for rich people, necessarily.

As Simon Sinek said in his oft-seen TED talk, “How Great Leaders Inspire Action,” people don’t buy WHAT you to. They buy WHY you do it. The goal is to find people who believe what you believe.

And where do we find people who believe what we believe? That much is far simpler – because many of them already give us money. They are our members and donors.

Late in my career with TNC. I conducted a capital campaign for the Wisconsin Chapter. At the time TNC had 25,000 Wisconsin members – way too many to solicit in any kind of personal way – even with Board support. So where to begin?

I posed the question to my colleagues in similar positions around the country, and one introduced me to donor screening.

The essential premise of donor screening is the idea that Robinson seemingly decries – we’re looking for rich people. But here “rich” is relative. In an organized and systematic way, we look at everyone who already gives money. Who already believe what we believe.

We’re looking for people who already know us.

And whom we already know.

For this post, it’s important to note that the $10,000 was arbitrary – and it was TNC. If you were to do this for your organization, you would choose a different number.

The screener’s job was to circle a number representing the largest amount s/he could imagine the prospect ever giving.

“How do you know?” was a common question. By where they live and how they live. By what we know about what they give to other organizations.

Screening goes more quickly than anyone thinks it will, because of how few people anyone actually knows. On average, a screener can scan 1,500 names in about an hour. Even then, 25,000 names were too many to screen. So we broke up the 25,000 names into 8 regions and made it work. In each region, we had screening parties with snacks and adult beverages. We invited board members, volunteers, and major donors in each area to either host an event or participate in one. It was actually a tremendous team building activity that prepared us very well for the capital campaign ahead.

I describe all this because, in working with the screening process in the years since then, I have reached several conclusions that will help you build a major gift program for your land trust.

First, the screening process I just described is way too complicated for most small organizations.

Second, screening isn’t something that you only do in front of a campaign – though it is critically important for campaigns. Screening should be done every 2-3 years or so. Your board members know more people over time, and they get sensitized to how people are giving in the community. In short, they recognize more donors each time they scan through the list. Also, your membership changes, with new people coming in each year, and so does your board.

And third, screening should be done regularly looking for board members in addition to donors.

So here’s the system and process I recommend now:

Board members should be asked to screen the entire list, but keep in mind that other people in the community could have ears to the ground in ways your Board members do not.

A couple of other quick notes:

Until very recently, I have not been a fan of so-called “wealth” screening. I found it unreasonably expensive for the insights it provided. That feeling changed in the last few years because many wealth screens now come with charitable giving information, so you can scan publicly available information about donors’ giving to other organizations and political candidates in addition to the wealth-related information.

Do you have experience with donor screening? If you have tips and/or tricks you have used, please share them here.