03 Nov Vote – There is Nothing More Important to Do Today

Posted at 05:59h in Uncategorized by David Allen 3 Comments

When your blog title is “First Thing Tuesday,” you always end up publishing on Election Day. And so it is today. And I work as a pollworker today, and I have neither the time nor the inclination to think about anything else. This post is repurposed from 2018, and I think I will repurpose it every election day from now on.

In the early 2000s, I had the great privilege of observing a local election held in Zambia. The community, apparently defined as the number of people who could still hear each other when seated under a tree, was conducting its annual Village Action meeting. At issue was a series of expenditures the leaders had made according to the budget passed the year before.

One by one, the line item champions were brought before the village and grilled about how they had spent the Village’s money. At the end of the meeting, the next year’s budget was proposed and approved, and a new group of line item leaders was elected.

Learning how to make decisions as a group. Deciding how to raise and spend money. How to prioritize in the face of limited resources. Holding leaders accountable.

This was raw democracy. A kind of democracy few Americans ever witness.

Unless you happen to serve on a non-profit Board.

I don’t have a long message today.

Today is not a day for long messages.

Today is for feeling like we can do something about what’s going on in the world.

Today is a day for remembering who we are.

Today is a day for holding our leaders accountable.

Today is a day for voting.

This is how Claire Axelrod put it in an impassioned post:

There are many ways to be a part of repairing the world.

I know you can think of a bunch.

Then, act. And lead others toward those actions.

A community, or a civilization, that cares for each other survives.

As overwhelming as things may seem, it doesn’t mean we can’t do something. Just one thing.

Voting is a great start.

So go vote. There is nothing more important for you to do today.

PS: This landed in my Facebook feed yesterday courtesy of my niece in Oregon. I’m not really a Facebook guy, but it’s too good, so I’ll pass it along here instead. It was attributed to one of my favorite authors: Mary Doria Russell. 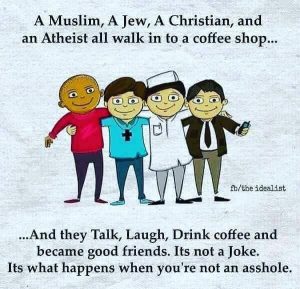